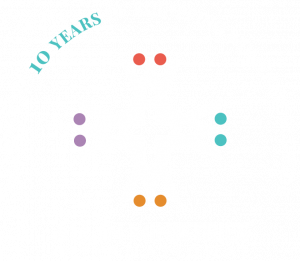 8 Reasons to Believe the Bible is True

Can you believe the Bible?

Has anyone ever asked you if the Bible is true?

Maybe you have questioned if you believe the Bible is accurate and true.

Here are 8 reasons to trust and believe the Bible:

1) Jesus trusted God's Word and personally testified to its authenticity.

Jesus began His ministry by reading from the Old Testament . . .

"The Spirit of the Sovereign Lord is on me, because the Lord has anointed me to proclaim good news to the poor. He has sent me to bind up the brokenhearted, to proclaim freedom for the captives and release from darkness for the prisoners, to proclaim the year of the Lord's favor."

Then He announced, “Today this scripture is fulfilled in your hearing” (Luke 4:21 NIV).

Jesus taught God’s Word, the Law, and lived it.

Jesus also resisted temptation by quoting Scripture, prefacing each response to Satan with “It is written” (Matt. 4:4, 7, 10 NIV).

On Jesus’s resurrection day—the first Easter—He led two disciples through the Bible, explaining “all the Scriptures concerning himself” (Luke 24:27 NIV).

Should you believe the Bible if Jesus did?

2) The Bible is full of historical and geographical references.

An imaginary work would not likely include so much historical detail.

Specific details on places, dates, times, people, and the ancient Near East culture fill the pages of the Old and New Testament.

What details can you find in these verses?

"In those days Caesar Augustus issued a decree that a census should be taken of the entire Roman world. (This was the first census that took place while Quirinius was governor of Syria.) And everyone went to their own town to register. So Joseph also went up from the town of Nazareth in Galilee to Judea, to Bethlehem the town of David, because he belonged to the house and line of David. He went there to register with Mary, who was pledged to be married to him and was expecting a child."

You see, in these verses, Luke lists the names of two rulers, a specific historical event, three geographical locations, Joseph’s name and family history, and the reason why Joseph had Mary with him.

Luke was not afraid of fact-checkers, and this level of detail invites you to examine the facts for accuracy.

3) Historical documents and archeology confirm the Bible is accurate.

Not only does the Bible include truthful spiritual content, but also it records historical and geographical details with remarkable accuracy.

For example, archaeologists discovered evidence of the destruction of Jericho that correlates to the biblical account found in Joshua 1. (Source: Evangelical Dictionary of Theology by Walter Elwell)

Aramaic inscriptions that record the “House of David” were discovered from Tell Dan. (Source: Evangelical Dictionary of Theology by Walter Elwell)

A siege ramp and a mass grave were unearthed that match the Assyrian invasion during Hezekiah’s reign. (Source: Hezekiah, King of Judah by Nicolas Werse)

Archaeological evidence is consistently being found.

There are also ancient historical documents recording details of events described in Scripture.

For example, Matthew and Mark both describe unusual darkness and an earthquake that occurred when Jesus was crucified:

"From noon until three in the afternoon darkness came over all the land... And when Jesus had cried out again in a loud voice, he gave up his spirit. At that moment the curtain of the temple was torn in two from top to bottom. The earth shook, the rocks split and the tombs broke open."

Secular historians described similar events. The Greek historian Phlegon wrote that during Tiberius Caesar’s reign, around the time Jesus was executed, it became like the night in the middle of the day, and earthquakes shook the region. (Source: The Historical Jesus by Gary Habermas, page 218.)

These secular records agree with the biblical report of darkness and earthquakes at the time of Jesus’s death.

The Bible contains hundreds of fulfilled prophecies. Those that haven’t happened yet apply to the end times when Jesus will return.

Events predicted in the Old Testament and described in the New Testament are some of the most specific prophecies ever to come true. Here are just a few:

Perhaps you could try to manipulate some life details to fulfill Scripture, but no one could change where they would be born, how they would die, or what would happen to their body after death.

People cannot know or control the future, but God can and does.

The Bible accurately predicts future events because its Author knows “the end from the beginning.”

"I make known the end from the beginning, from ancient times, what is still to come."

5) The Bible includes embarrassing information about its “heroes.”

Many ancient historians exaggerated leaders’ victories and downplayed or eliminated failures to promote ideologies or causes.

But the Bible’s writers made no such adjustments.

If the Bible were man-made, it would probably not expose the flaws of its heroes, but thankfully, the Bible was divinely inspired to glorify God, not people.

If their stories were entirely different, you might not trust them.

But their stories are very similar, with only minor variances.

The variations that some call “inconsistencies” are why you can trust that these stories are authentic and believe the Bible.

When you read the Gospels of Matthew, Mark, Luke, and John, notice how they are similar but not identical. That is what you should expect from multiple, accurate accounts of the same events. (Source: Cold-Case Christianity by J. Warner Wallace.)

7) The Bible values women and relies on their testimony.

The cultures in which the Bible was written did not respect women.

Yet the Bible praises, rewards, and celebrates women over and over again.

The Bible reports that women were the first to discover Jesus’s empty tomb while the men hid in fear behind locked doors. If the male biblical authors had invented the resurrection story, they would not have described themselves as cowards, much less chosen female witnesses to Jesus’s resurrection, since a woman’s testimony in their culture was considered worthless.

The Gospels also readily report that Jesus spoke not only to women (including some who were prostitutes) but also to foreigners, children, lepers, and tax collectors.

He openly spoke with all sorts of people that the culture found offensive or worthless.

Though these interactions were shocking, Jesus’s followers—divinely inspired to write God’s Story with unfailing accuracy—recorded them anyway.

8) Finally, you can believe the Bible personally through your own experience.

As you read the Bible every day, truths will stand out to you at just the right time.

You will begin to notice the clarity and beauty of God’s Word.

You will start to see connections between different portions of Scripture, giving you a fuller understanding of the spiritual truths contained in the Bible.

Often, reading the Bible will provide you with peace even if what you are reading does not directly describe the same circumstances you may be facing.

That is because every time you read it, you meet with the Author, and encountering God gives you peace. 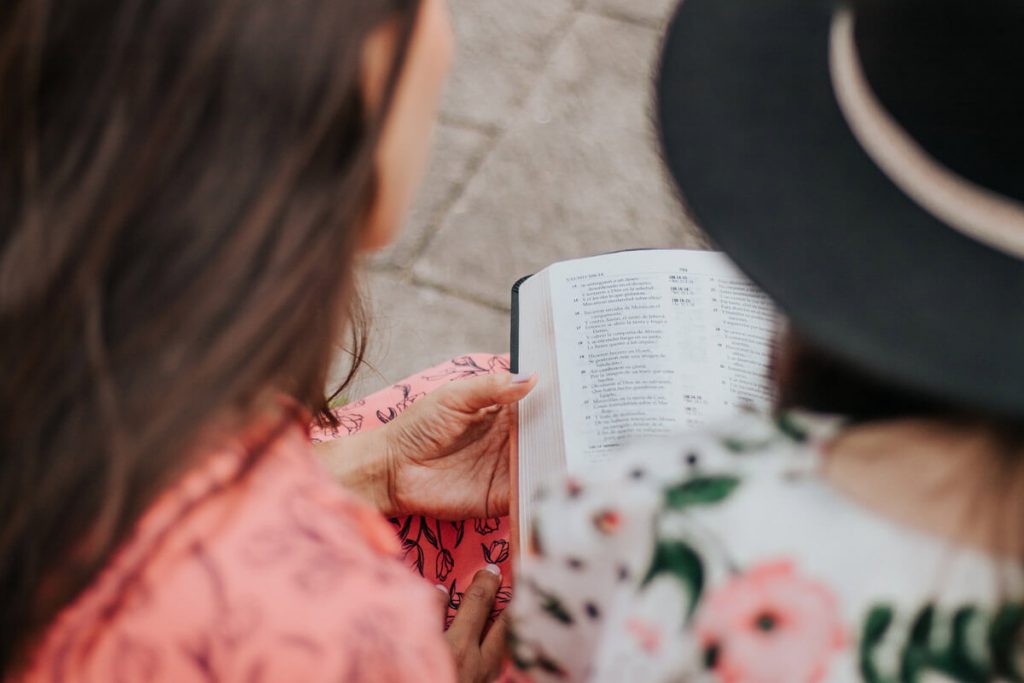 What happens when you experience uncertainty in believing the Bible to be true?

If doubt causes you to question the truth, go back to the evidence.

Immerse yourself in God’s Word.

“Pray like the man who cried out to Jesus, ‘I do believe; help me overcome my unbelief!’”

Remember, not only does the Bible claim to be the Word of God thousands of times, God tells us He inspired men to write the books of the Bible, and those authors attribute the words they were writing to God.

"Your word is truth."

If you want to grow in your faith, learn how to study the Bible, and apply the Bible to your life, we have a new 50-day faith journey to help you called Your True Story.

Maybe you have not yet accepted Jesus into your life to be your Savior. Don’t know how? Visit this page to learn more about Jesus and how to invite Him into your life.

With all the evidence pointing to the Bible—do you believe the Bible is true and relevant to life today? Leave a comment. We would love to hear your thoughts. 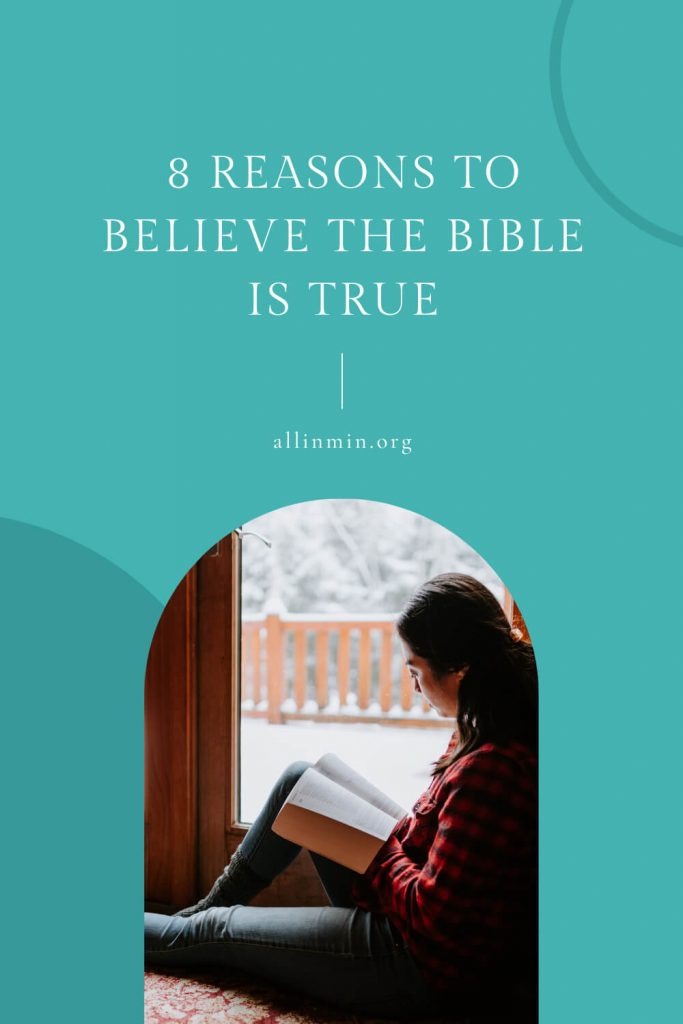 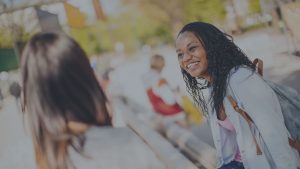 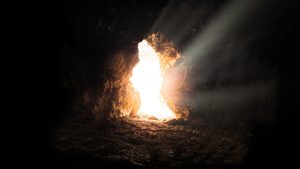 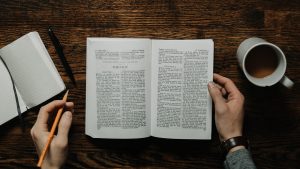