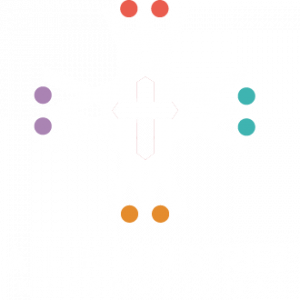 Days before we returned to South Asia things went terribly wrong. Sickness landed me (Susan) in emergency care canceling the mission we worked so hard preparing for during the last several months. How could this be when so much had already been done?

Women traveling from all over to attend the conference. (Check!)

A few days later, the doctors cleared me for travel. Neither Christy nor I felt completely well, but on faith, we left with my 14-year-old son to travel to the other side of the world.  Once we arrived we soon learned why the struggle was hard. 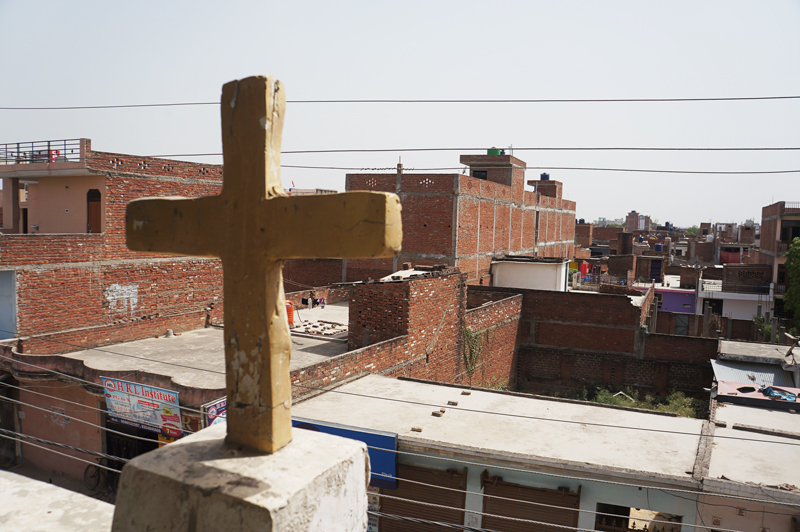 Hours after our arrival we had the privilege of attending a house church started by a retired nurse. She attended the AIM conference last year and at the end of the conference she stood before God to take an oath to be a disciple-maker. As a result of her commitment, she gathers women twice a week to review the Bible (and AIM conference lessons), worship God, and go together to evangelize the neighboring villages. Women are treated less harshly by anti-Christian groups making it easier to spread the faith through them. The women know this and take their God assignment seriously. We encouraged the believers of the favorable prospects for missions with a devotional on Psalm 46. God will be exalted throughout the nations! He will be exalted throughout the earth!! 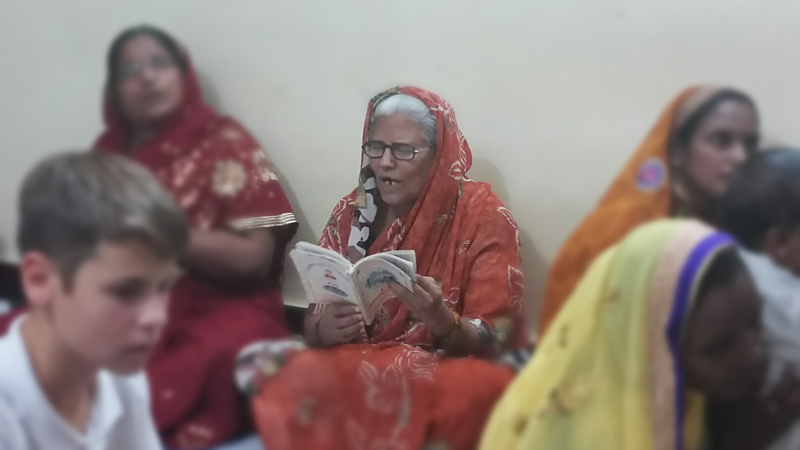 The persecution of believers is on the rise in this part of the world. The government is burning churches in many areas. The hostility grows against Christians. Public baptism is forbidden. Our Sunday message was focused on preparing the church to persevere through persecution. The church crowded together to study and worship, as hundreds of believers packed the worship center.

Meanwhile the children were learning their age-appropriate version of the message from the story of Joseph. Since the church focuses its attention primarily on New Testament teachings, the children loved learning a new story from the Old Testament. 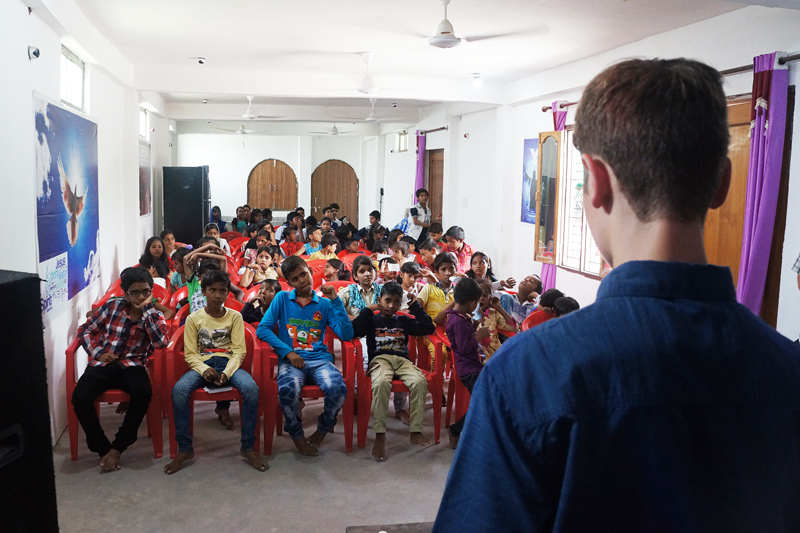 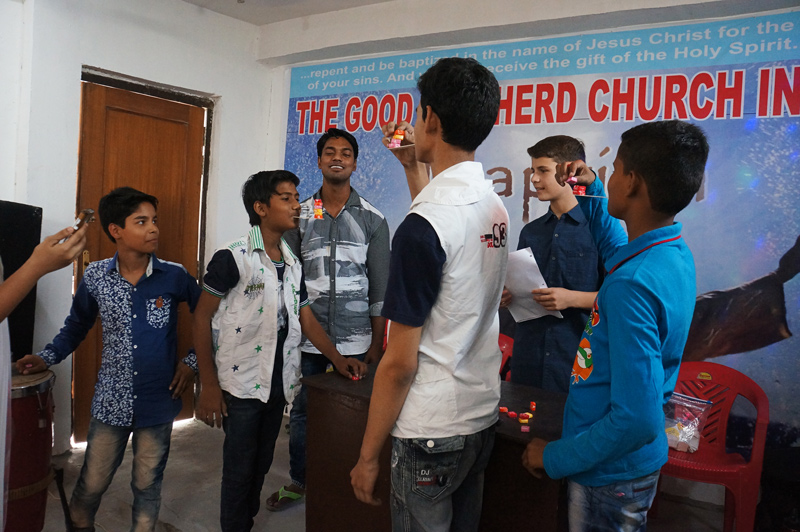 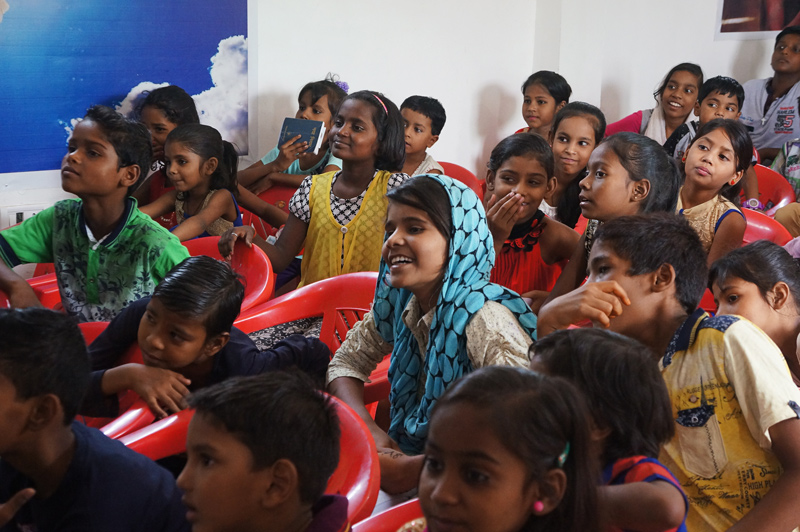 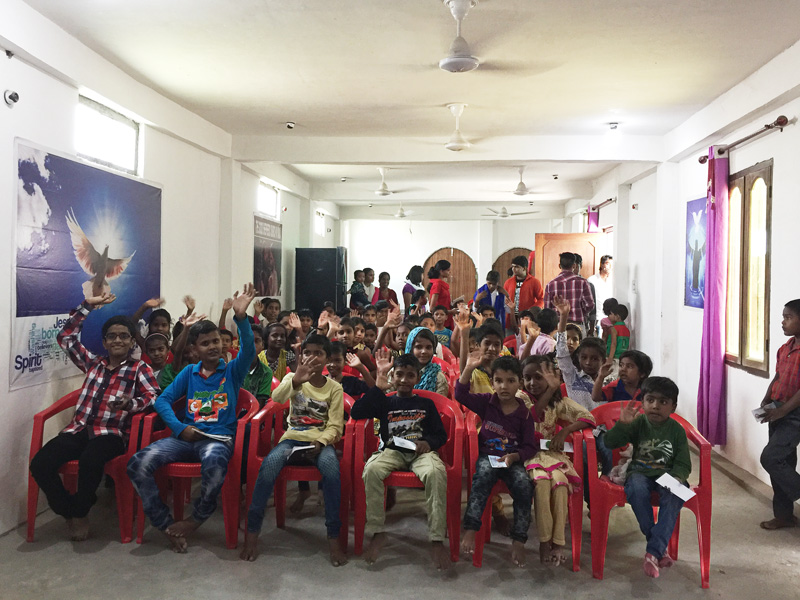 Shortly before the AIM conference was to begin, the local pastor approached me. “Sister Susan, we have a problem. Many men have come to attend the women’s conference.” We learned that many of the women traveled long distances and their husbands took time off from work to accompany them, to help them, and ensure their safety. Other men were new believers hungry to learn how to grow in their relationship with Christ. “No problem, let them learn.” Nearly 50 men came, sat, gave their full attention, and responded with enthusiasm. 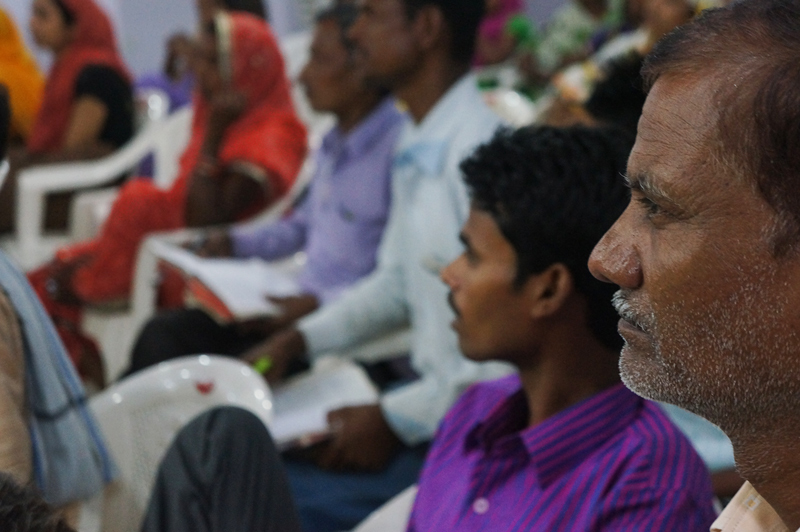 The last day of the conference, the time had come for a decision to be made. At the start of the conference, the participants learned that the conference is not for them alone. They are to take all they learn and share it with their family, churches, and communities. Now was the time to decide to take an oath before God to be a disciple-maker. We make it clear they are not to be pressured to make this sacrificial commitment. We invite them to stand if they want to make this commitment. 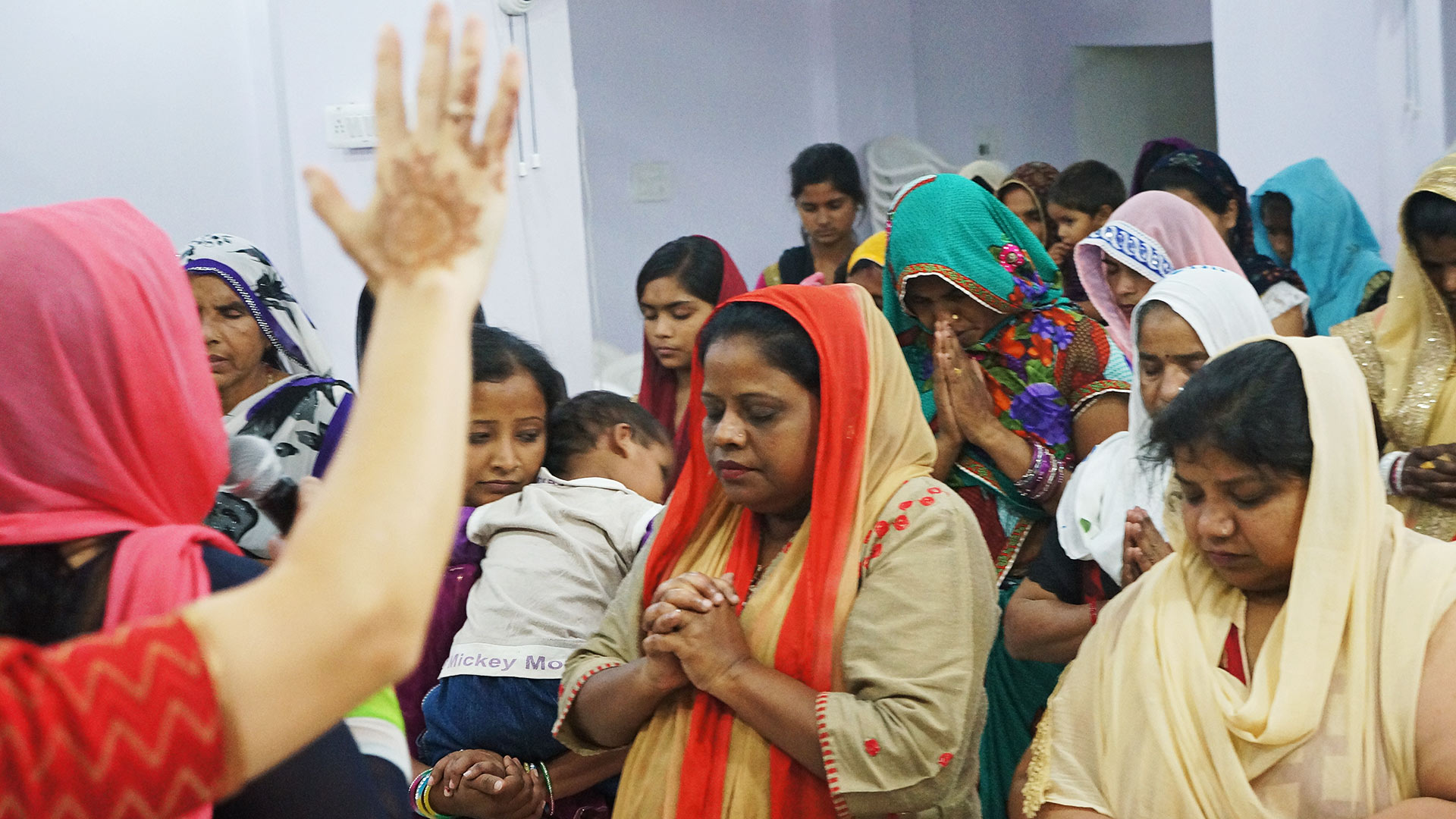 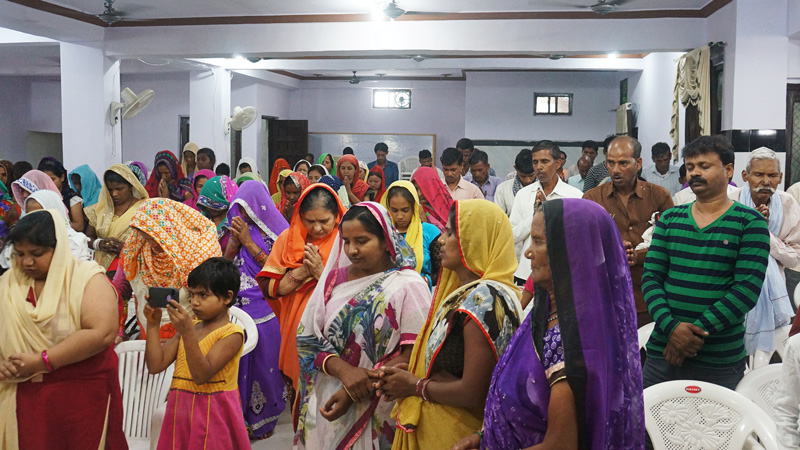 100% of the room – women and men – stood before God to take an oath to be disciple-makers!!

I was nearly in tears knowing the heaviness of the decision given the risks of what they could possibly be facing as they go and share their faith.

Thinking the best part of the conference had passed, we were amazed when the time for testimonies unfolded. I had asked my friend (the pastor’s wife who is a brilliant translator) to ask the women if there were any testimonies to share from the conference. Often this is time we hear how God may have answered a prayer or how they may have made new friends to help them pay attention to God. 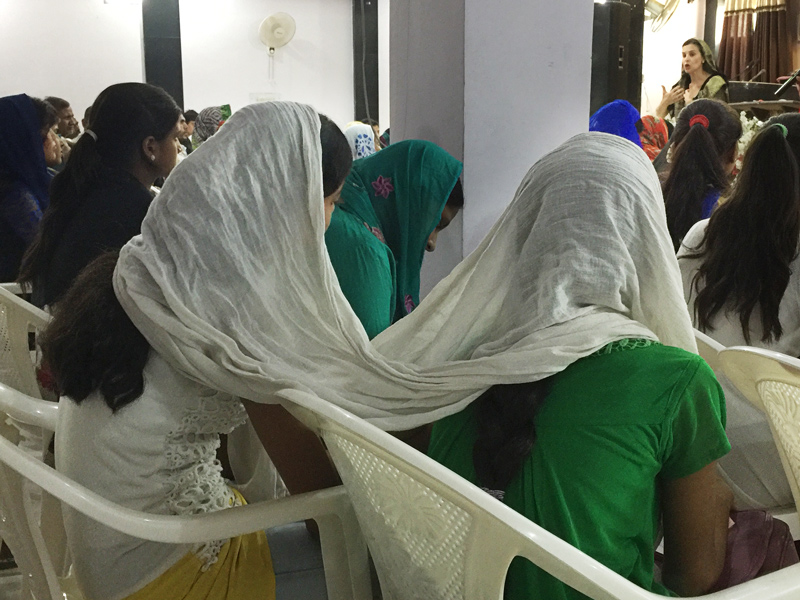 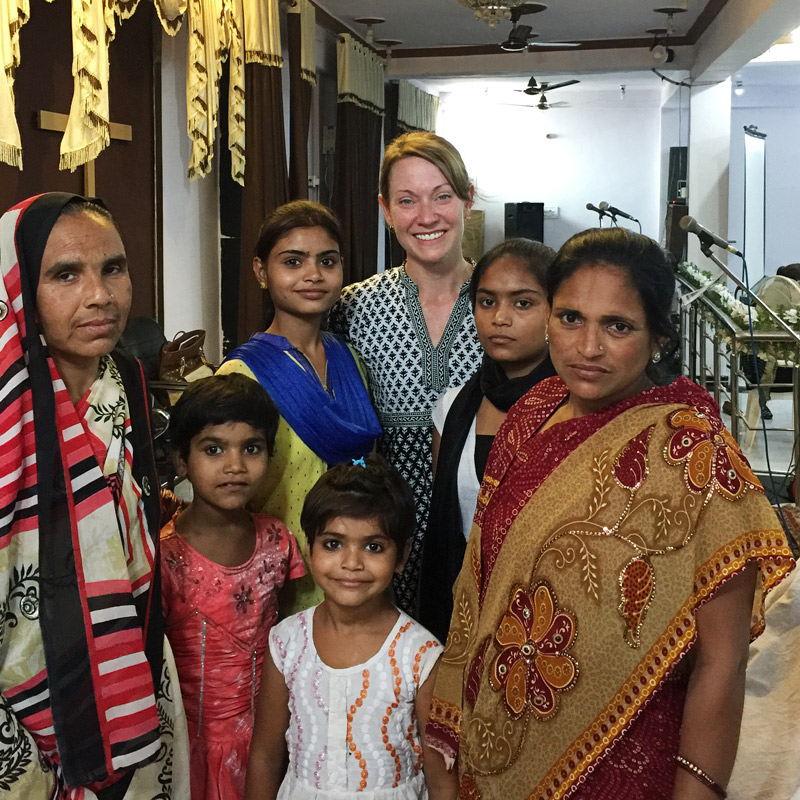 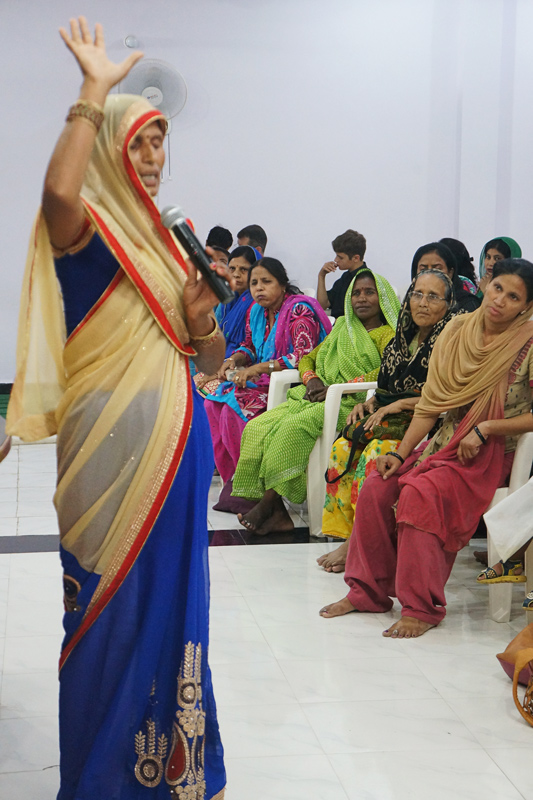 Another woman was inspired by Christy and I working in the ministry while serving our families. She re-ordered her schedule so she could serve her family and serve the church. Many neighbors now attend church because of her ministry.

The next testimony was hard to hear.

This woman was beaten for attending the conference and church. Since she learned at the conference how to respond in love to our enemies, she responded to her beatings with humility and kindness.  As the only believer in her family, her husband and kids are surprised by her love towards her family as she remains steadfast in her faith.

Many more stories were shared, but the time had come to end the conference to get ready for the evening revival. 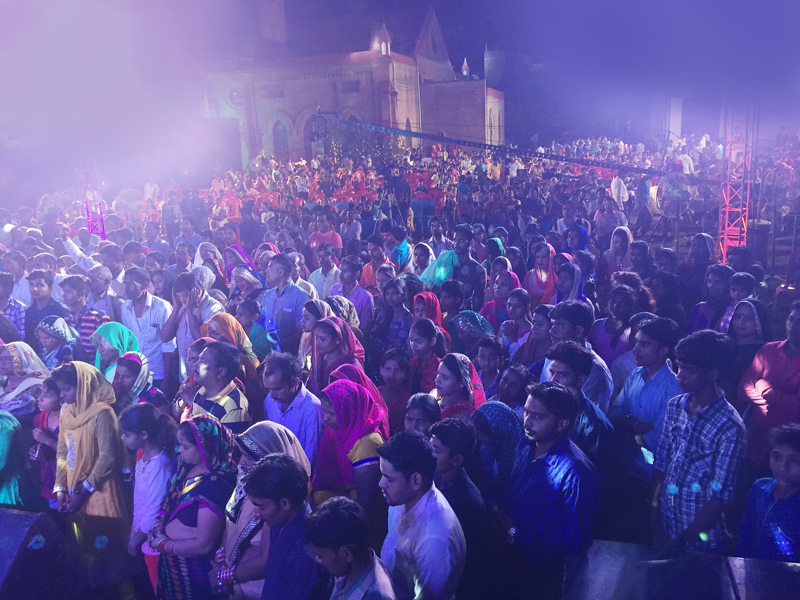 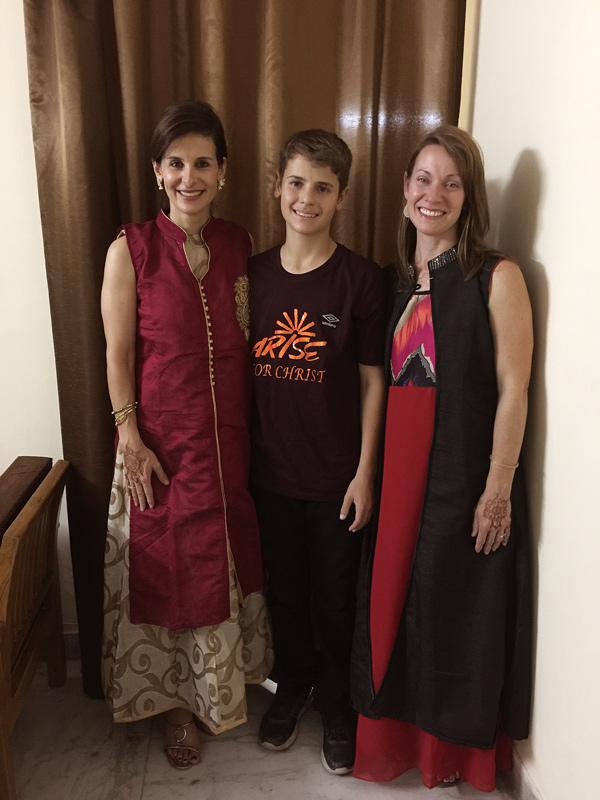 Time for the message: The Greatest Story Ever! The invitation was given and more than 400 people came forward to make a first-time decision to trust Jesus ONLY for salvation!! 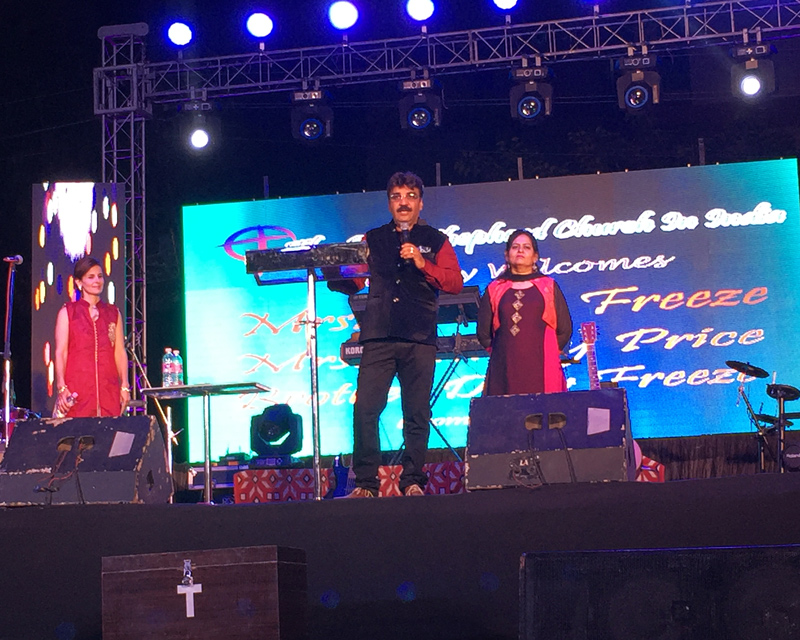 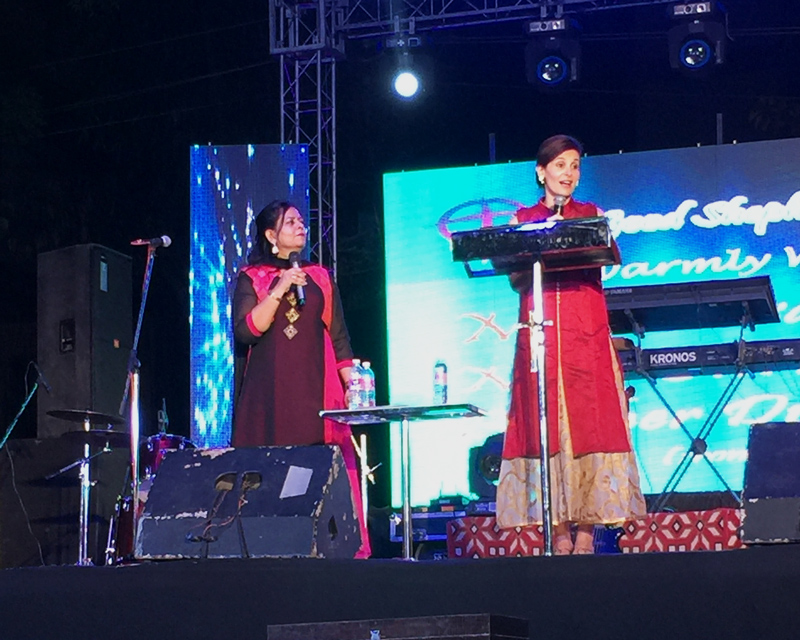 The pastor told us later how hard it is to evangelize in this part of the world because of how false religion and culture are inextricably linked. To untangle the two and have a person choose Jesus knowing what could happen to them and their family takes a miracle from God. 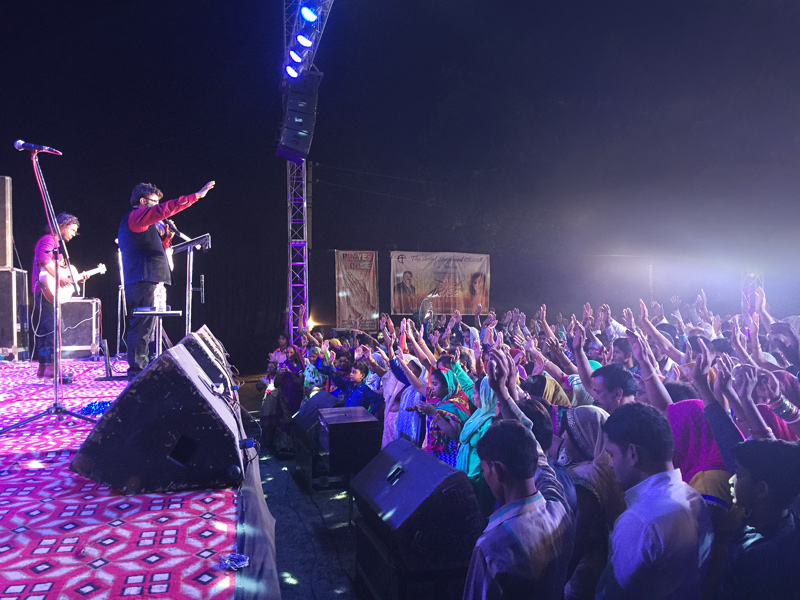 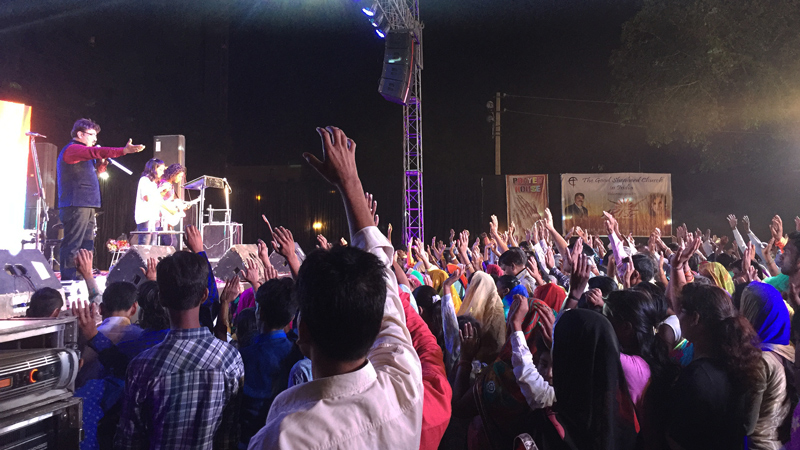 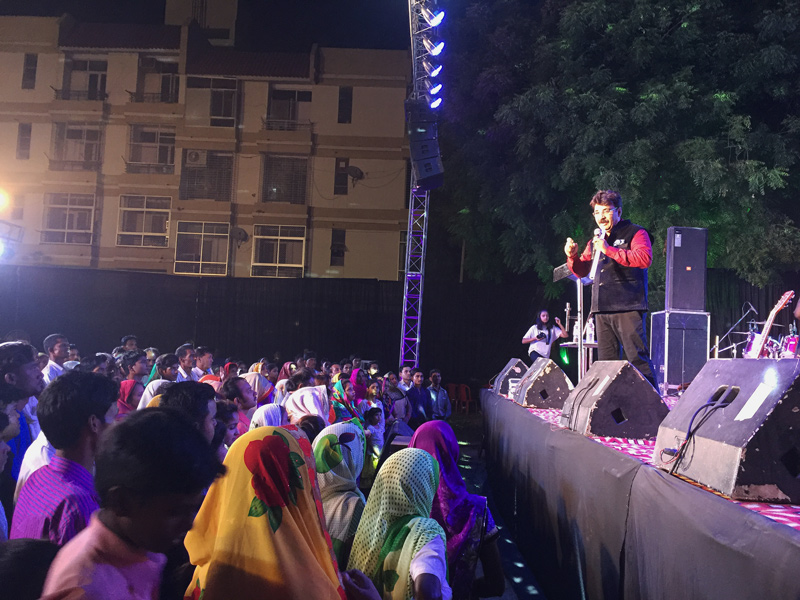 When he spoke of the miraculous work of God, my eyes were opened to see the providential hand of God all over this mission.

I recalled how after three failed attempts to re-book flights, seats miraculously became available on the exact days and times we needed them.

Flight delays could not keep us.

Health problems did not stop us.

Women were spiritually and physically healed at the conference.

Hundreds of lives were changed for eternity at the outreach.

And, a surprise act of God, my 14-year-old son saw the world through eyes of faith. It seems a mission’s seed has been planted deep in his soul, as he prays for God to allow him to return.

Yes, hindsight is 20-20 on the other side of the world. We can clearly see how the enemy fought hard to stop this mission. By God’s grace and the prayers of many believers, we were more than conquerors.

What, then, shall we say in response to these things? If God is for us, who can be against us? He who did not spare his own Son, but gave him up for us all—how will he not also, along with him, graciously give us all things? Who will bring any charge against those whom God has chosen? It is God who justifies. Who then is the one who condemns? No one. Christ Jesus who died—more than that, who was raised to life—is at the right hand of God and is also interceding for us. Who shall separate us from the love of Christ? Shall trouble or hardship or persecution or famine or nakedness or danger or sword? As it is written: “For your sake we face death all day long; we are considered as sheep to be slaughtered.” No, in all these things we are more than conquerors through him who loved us. Romans 8:31-37

Special thanks to those who contributed through your friendship, finances, and fervent prayers to make this mission possible. We could not do it without you. The church on the other side of the world also thanks you and prayed a blessing over you. 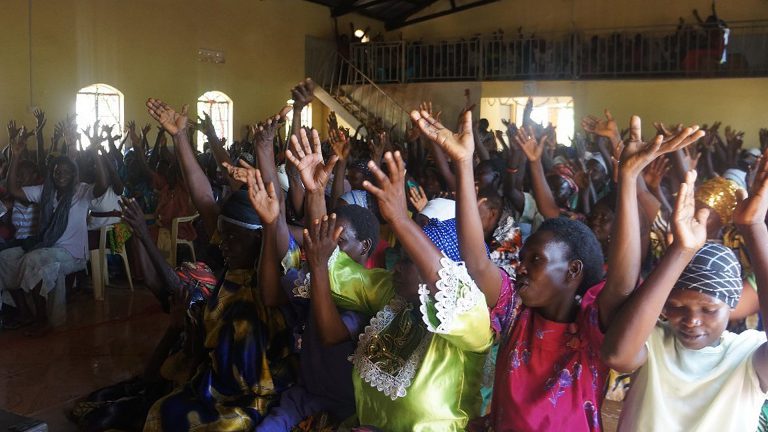 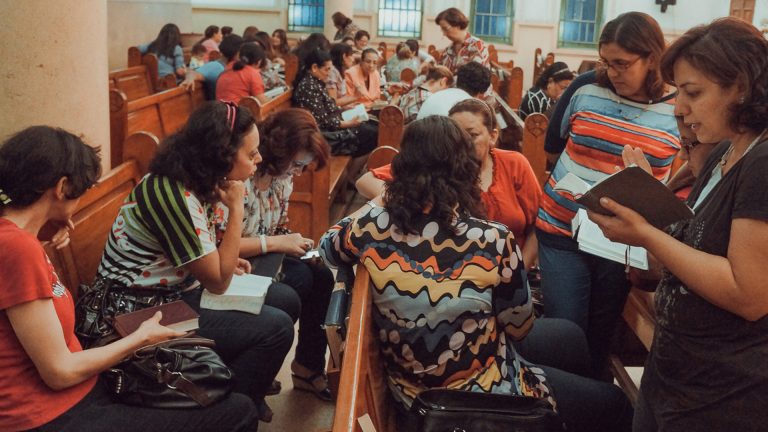 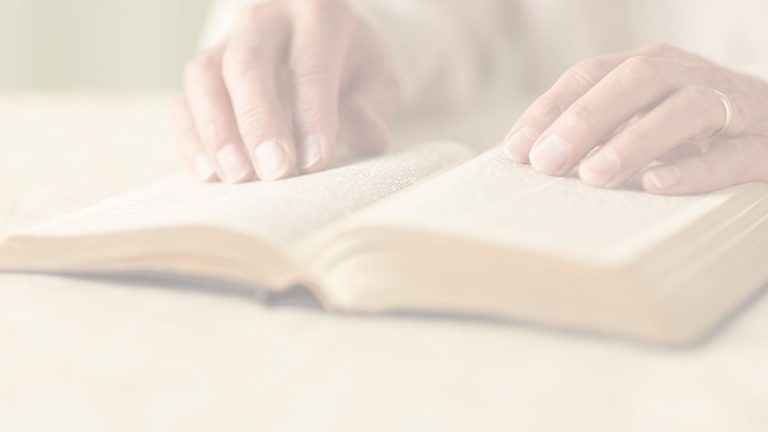 One Verse Can Change the Game